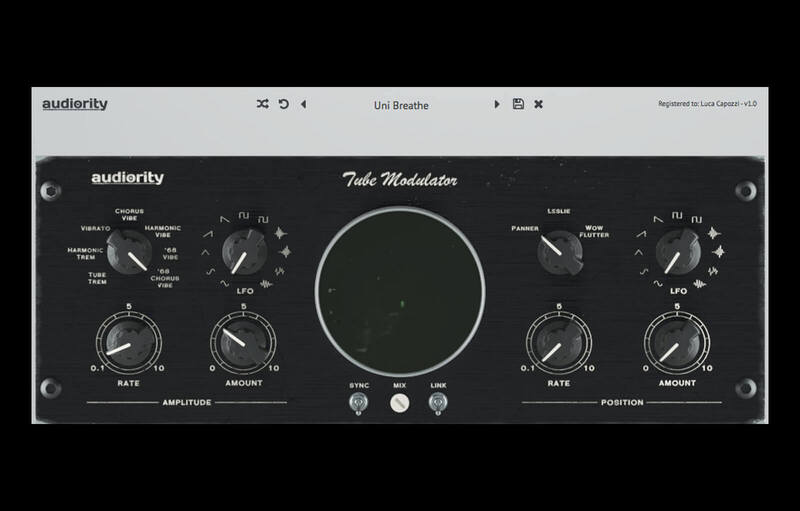 A wide XY scope will show you the current amplitude and spatial position modulation to get instant feedback from your settings.

Tube Modulator is Colored by Design, adding a great amount of warmth and color to your signal.

Important Note: This is not a physical product and is a music software plugin available for online download only.

Octaver 82 is an analogue simulation of the *BOSS® OC-2™, classic monophonic octaver of the early 80s. The Octaver 82 is used to fatten up the instrument signal by adding two pitched down tones (1 and 2 octaves below the original one).

This plugin, like the original pedal, is monophonic. Chords will play totally scrambled! The technique used to make this pedal is very primordial, yet very innovative for the times. That’s why clean and precise playing is very important to get the best results.

PlexiTape is a faithful analog modeled simulation of a vintage tape echo that made THE SOUND of the ’70s for its tone and reliability.

Audiority put special care on modelling this unit on every aspect: motor, tape, FET preamplifier, heads and even the infamous “Sound On Sound”. SOS allows you to use bypass the echo and therefore use the tape as a looping recorder.

Harmonic Maximizer is a multi-band exciter and loudness shaping plugin that will make your tracks powerful and more alive.

Harmonic Maximizer gives you six discrete frequency bands of ‘excitement’ to play with, feeding into a maximizing limiter with dry/wet mix blend for parallel processing. Fortunately, given the cursory-at-best manual, it’s very easy to use.

Each band of the Exciter section applies up to 24dB of harmonic saturation to its own adjustable frequency range, between them spanning 20Hz to 12kHz.

With low to moderate gain applied at key frequencies, gentle lifting takes place, while stronger settings bring out a crunchier character that needs to be handled with care.

Heavy Pedal is a faithful analog modeled simulation of the infamous Swedish Chainsaw distortion stompbox introduced in the mid 80s and that sculpted the guitar tone of many metal guitarists.

Important Note: This is not a physical product and is a music software plugin available for online download only.

This high gain pedal is definitely the dark side in the panorama of distortion pedals. 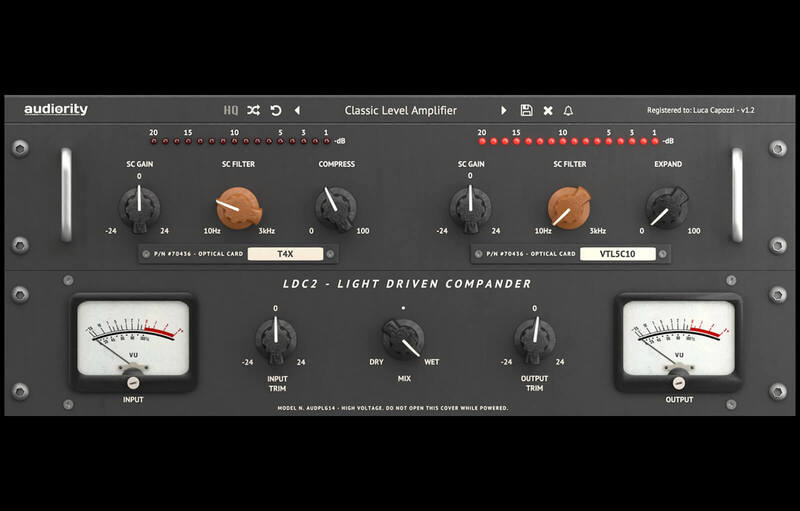 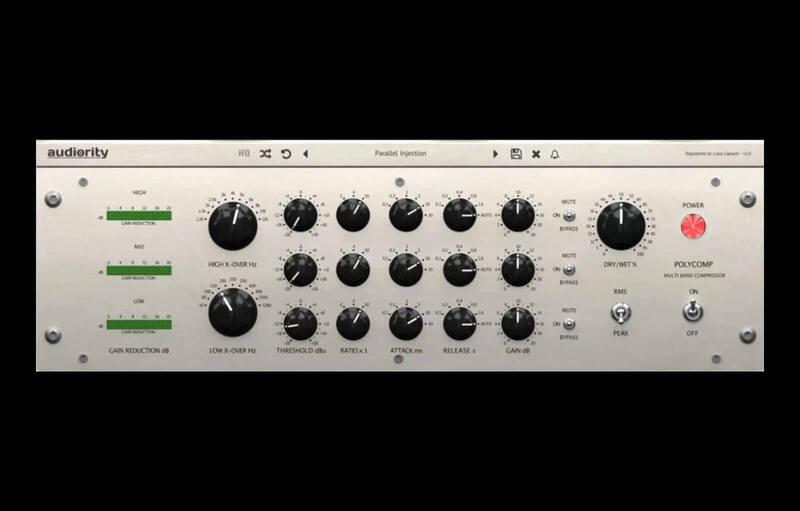 PolyComp is an analogue simulation inspired by a classic mastering multiband compressor.

The PolyComp is a versatile dynamic processor, providing three bands of VCA compression.

Each band is an independent compressor with its own standard controls (Threshold, Ratio, Attack, Release, Gain) and a three-way switch to bypass or mute each band.

You can use PolyComp as a corrective compressor on single tracks, as a mixbus compressor or as a mastering tool.

The Overseer is an analog modeled simulation of the vintage *Marshall® Guv’nor™, overdrive stompbox introduced in the 80s to replicate the drive tone of the Plexi™ and JCM800™ amps.

The Guv’nor has been in production from ‘88 to ‘91 and it was the first “amp in a box” series of pedals that Marshall released during the ‘90s.

Enable Loop mode to set Deleight as a looper device, with Speed and Reverse controls, to create special effects and textures.

Big Goat is an analog modelled simulation of one of the greatest fuzzbox ever made in the mid ‘70s and used in countless records.

Important note: This is not a physical product and is a music software plugin for online download only.

The signal passes through 4 cascaded amplifier stages, where 2 of them are clipping stages. The result is a sustained fuzz, very rich in harmonics, with a unique tone. 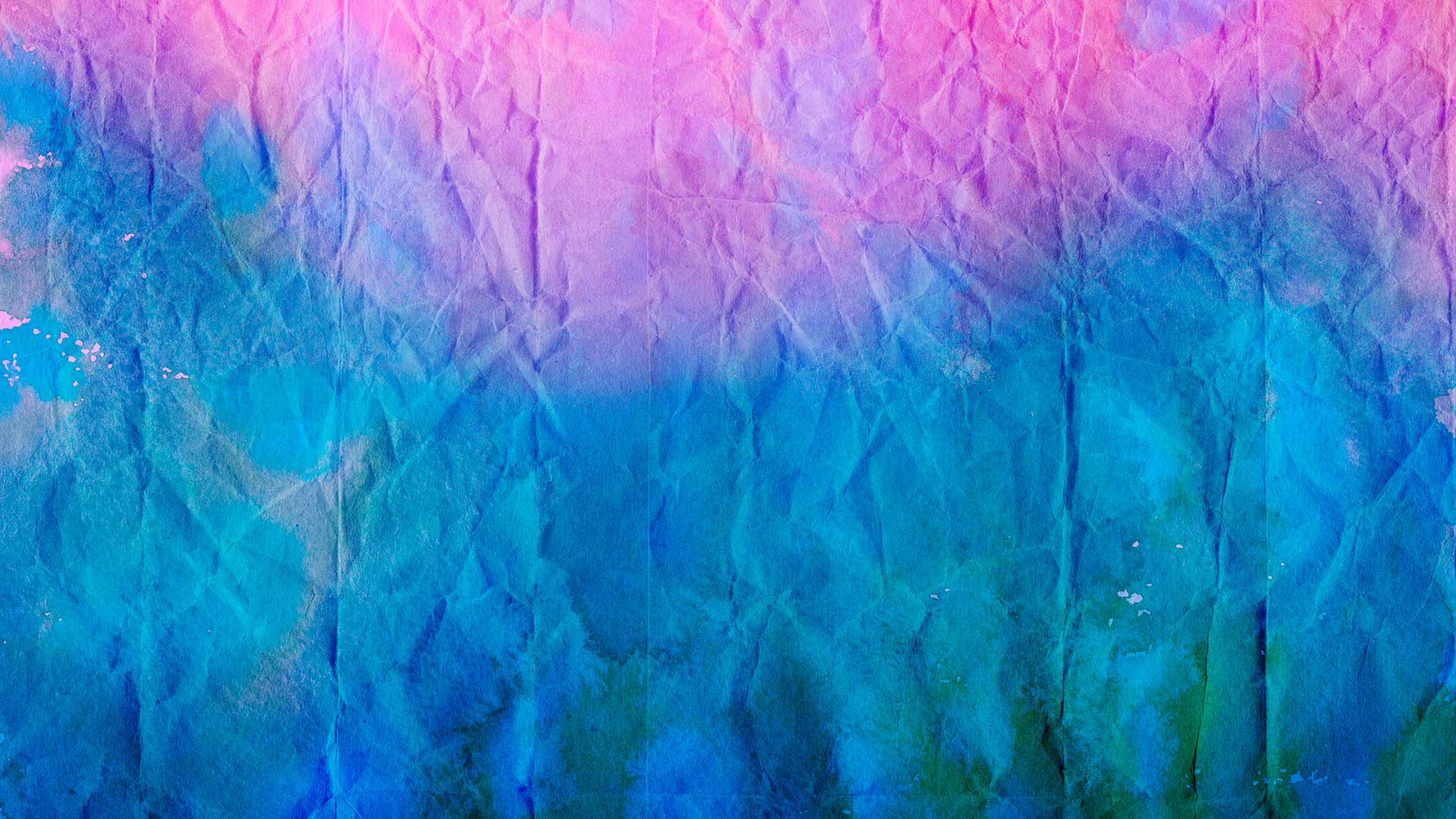