Parallel processing plays a fundamental part in getting a “big” mix sound. By processing multiple copies of the same track and blending them together, you can add more punch to a mix — in a more natural-sounding way.

It’s like teamwork: Multiple copies of the same track – each focused on doing one specific job – can achieve more together than a single copy being processed to death on its own.

Parallel Aggressor is based on this simple concept.

The plugin splits your audio into three equal parts:

Work the duplicates hard! Then combine all three signals to squeeze every drop of sonic juice out of your track.

You’re probably using parallel processing all over your mixes already. But Parallel Aggressor is designed to give you the maximum sonic impact with the lowest possible track count. No extra busses or mix faders needed.

As with all our plugins, we’ve engineered Parallel Aggressor to inject its own sonic flavor into your mix.

The plugin is designed to make the small decisions internally, while leaving the big decisions to you.

Spank offers an addictively punchy compression algorithm, designed to adapt to your audio signal. It begins where our I Heart NY plugin ended, with improvements in sound quality, signal detection and flexibility.

Heat is a warm, analog modeled, saturation algorithm with an aggressive bite. It is based on our tape saturator from Super VHS, but has been rewritten and optimized for the Parallel Aggressor release.

Auto Gain ensures that the combined output of the plugin’s three signals roughly matches the input/dry level. This allows you to experiment with different internal mix balances while keeping a consistent plugin output.

Parallel Aggressor comes loaded with 25 presets created by BABY Audio and some friends of the house:

Notable User: Damien Lewis – Grammy Awarded Producer/Mixer for Rihanna, Beyoncé, Timbaland
“Parallel Aggressor takes parallel compression to another level. I’m not sure what’s under the hood but it’s magic and I always love what it does to my drums and instrument busses.” 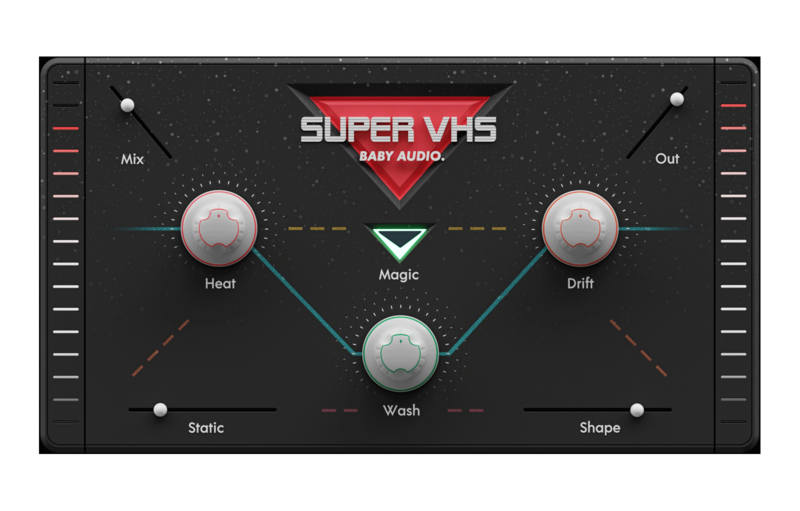 LOFI VIBES FROM A STRANGE DECADE

As kids of the 80s, we have always been drawn to the sound of slightly out-of-tune synths, warm tape saturation, gritty samples and grainy reverbs.

So we set out on a mission to capture the lofi spirit of our favorite decade — and bring it into a new decade.

Meet a complex algorithm with eight simple knobs. We named it ‘Super’ for its powers and ‘VHS’ for its sound.

THE TIME MACHINE THAT ISN’T A DELAY

We wanted this plugin to be like sending your sounds back in time, then re-discovering them on a worn-out VHS tape 30 years later. All with the click of a single button, right inside your DAW.

The result is six unique effects coming together in a versatile signal chain. Super VHS will add some lofi authenticity to whatever clean sound you run through it — from a subtle touch of character to extreme sonic twists that leave your head spinning. Each effect has just a single control, but multiple parameters under the hood, allowing you to find endless combinations to transform your synths, samples, guitars, drums, vocals and beyond.

WAIT, WHERE ARE THE PRESETS?

Like our ‘I Heart NY’ parallel compressor, Super VHS isn’t designed for preset browsing. Instead, you have all the controls you need at your fingertips — allowing you to create the right sound for any purpose in a simple and intuitive way. The effect algorithms respond very differently to different sounds and instruments — so you never know where you’ll end up.

And a final word of warning: Super VHS is not a ‘one-size fits all’ kind of plugin.

Each effect will sound amazing on some things and totally destroy others (which may be exactly what you’re after!). More often than not, a little goes a long way.

PARALLEL POWERS IN A PLUGIN

Parallel compression is an essential production technique for creating fatter, more powerful, tracks and mixes. But it can also be a hassle to setup properly when you’re in the zone.

We made a plugin that does all the hard work for you — with an addictively punchy flavor.

‘I Heart NY’ creates a duplicate track of your audio – hosted within the plugin – and lets you spank it hard. This process replicates the true parallel compression workflow, unlike compressors with just a wet/dry knob.

Most modern compressors will offer a wet/dry knob. But for a true parallel compression workflow, you need to juggle two audio tracks — and be really mean to one. We set out to build a plugin for that. With extra sonic flavor.

The ‘SPANK’ knob controls a complex algorithm, designed to fire-up anything you throw at it. Revealing exactly what goes on under the hood would take away some of the magic, but in short it’s a mix of punchy high-ratio compression with a transient-friendly envelope – and a bit of EQ – combined with a low-end preservation filter applied to the compressor’s internal detection signal for that extra ‘boom’. I Heart NY is designed to range from subtle tightness to ‘pumping galore’, depending on your taste. And sanity…

While parallel compression is its primary strength, I Heart NY can be more than a one-trick pony. Engaging ‘SOLO’ mode makes the plugin operate as a normal insert compressor (by muting the dry audio signal). This opens up a whole new set of possibilities for using the ‘SPANK’ algorithm on your material.

PARALLEL COMPRESSION AS EASY AS 1-2-3

Legend has it that parallel compression was first ‘invented’ in New York City’s production circles. Whether that’s truly the case – or yet another example of the city’s cocky self-confidence – is yet to be confirmed. But as a NYC-based company, we went along with the story when naming our first product. 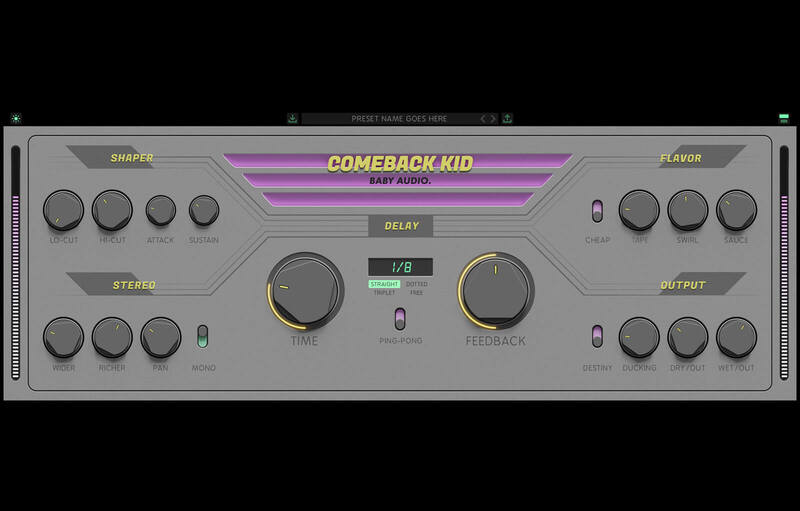 A delay worth waiting for.

Of all the essential mix tools, the delay may be the most creatively gratifying. So we asked ourselves: Could we take this classic effect and give it an upgrade?

We set out to develop our vision for a more inspiring delay plugin. One that lets you design your own signature delay sounds through a versatile selection of flavoring tools.

Easily and intuitively. And with powerful results. Comeback Kid includes everything you’d expect from a new go-to delay — plus some unexpected extras.

As with our other effects, each knob is the tip of the iceberg—with plenty of good stuff going on under the hood. This gives you flexible sound design options, while the workflow remains fast.

DELAYS THAT WORK IN YOUR FLAVOR

Want a tape delay vibe for your lead synth, a modern slap on your vocals and a crunchy lofi echo on your guitars? Not a problem. Want to mix and match all of the above to create your own delay sound? Also not a problem!

Comeback Kid offers you a flexible palette of flavoring tools to take full control of your delays. And with no sub-menus or hidden features, everything you need is right in front of you.

Comeback Kid comes loaded with 61 presets created by friends of BABY Audio – including:

Spaced Out is a lush wet-FX generator, built for sending your sounds and vocals into weightless, heavenly orbit. It combines a crystalline reverb engine with a wealth of modulation options and a 16-step delay sequencer.

In total, more than 50 individual effects come together in a singular creative experience with endless outcomes and zero sub-menus.

Spaced Out hosts an automatic ‘Generate’ function, which will create new textures at the click of a button and give you fresh ideas for where to take your tracks. We’ll see you on the other side!

Spaced Out offers a pristine sounding one-stop solution for your wet-fx needs on drums, instruments and vocals. Use it subtly to add depth and movement — or go explore the outer bounds of wet-FX processing.

A SPACE ECHO FOR THE 21ST CENTURY?

It is no secret that we at BABY Audio are obsessed with the quirks, sounds and simplicity of vintage analog gear. With every software product we make, we hope to offer a little bit of that same hands-on experience and instant gratification. Never by emulating the past — but by tapping into its spirit to invent something new.

With Spaced Out, we asked ourselves this: How would we design a “space echo” effect today, almost 50 years after the original, with the abundance of computer power and algorithmic complexity at our disposal?

We set out to create an effect as fun, flavored and futuristic for the 21st century as the Space Echo was for its own time. It’s been an epic journey and we’re proud to have returned with our most complex plugin to date.

Spaced Out comes loaded with 125 presets created by BABY Audio and some friends of the house – including:

FOR YOUR EYES ONLY 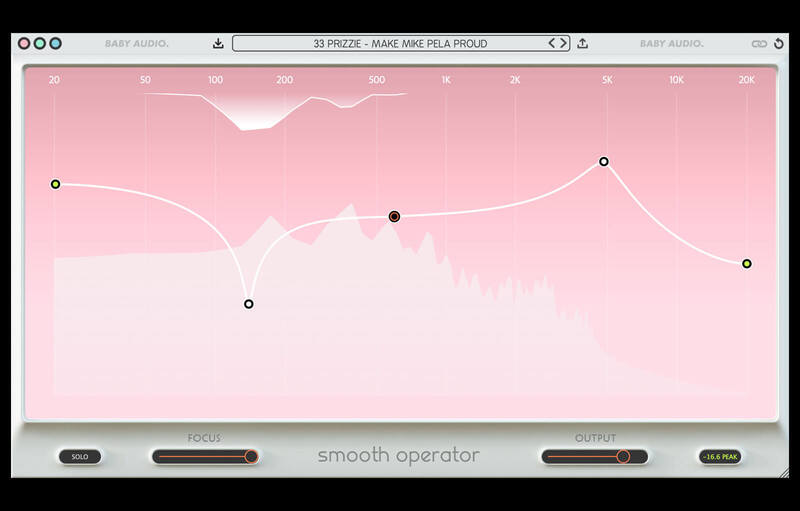 Smooth Operator combines equalization, spectral compression and resonance suppression into a singular creative experience that’s instant and intuitive. Use it to perfect your tonal balance and add a touch of ‘hifi’.

Our spectral detection algorithm adapts to your audio 44,100 times per second and automatically eliminates fatigued frequencies. This gives you full control to shape your signal and bring out more definition.

What is Spectral Processing.

The easiest way to understand Spectral Processing is to think of it as manipulating the building blocks that make up a digital signal – rather than the actual signal.

Our algorithm uses Fast Fourier Transform – or FFT – to break the incoming audio into tiny particles, which are analyzed and processed separately, before being put back together as audio. This all happens in realtime and allows for a much more surgical approach to resonance detection and rebalancing than what would be possible with traditional audio effects.

While most spectral tools focus on audio restoration, we wanted Smooth Operator to be all about creative expression. The plugin is meant for shaping your tone.

Use it to compress, EQ and ‘purify’ in one simple process – and know that Smooth Operator has your back when it comes to automatically eliminating artifacts.

Smooth Operator comes loaded with 63 presets created by friends of BABY Audio – including: 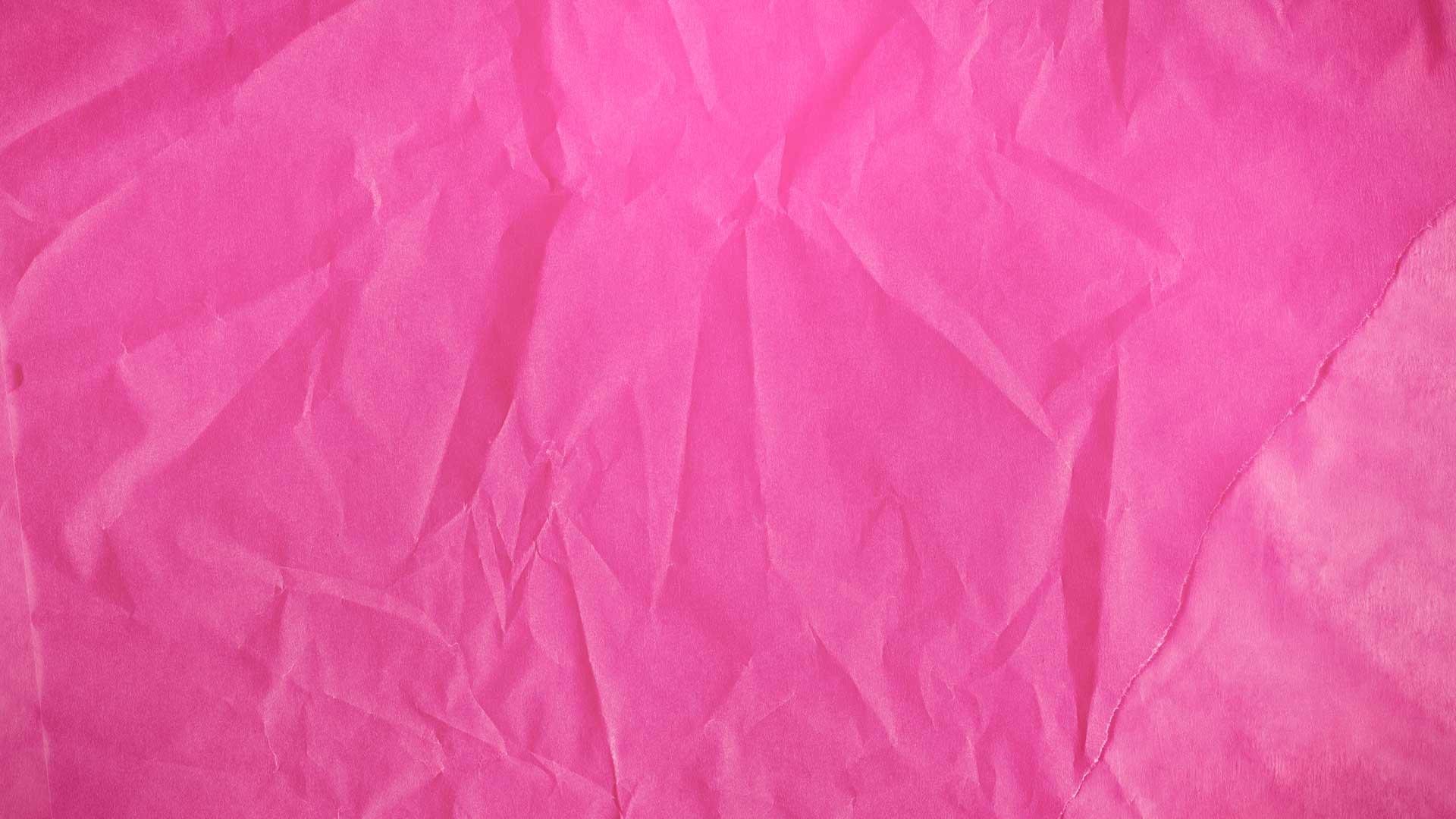