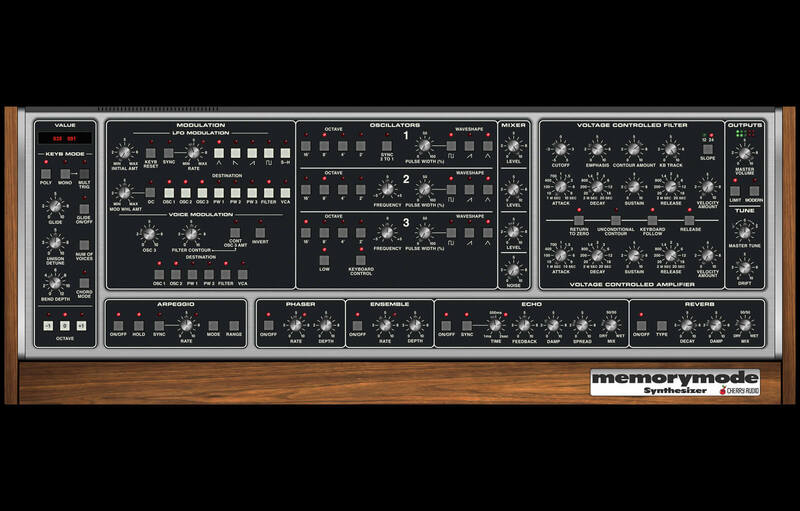 Memorymode is based upon one of the very best-sounding polyphonic programmable analog synthesizers of the 80s – the legendary Memorymoog synthesizer.

Released in 1982, the Memorymoog raised the sonic bar with its lush, powerful analog sound. Memorymode expands upon the original without compromising any of the sound or functionality that made it great, and does away with the reliability, maintenance, and tuning issues of the original.

The user interface has been streamlined and simplified, updating the original instrument’s numeric-keypad-and-command-numbers with fast, simple-to-use pop-up menus and an improved value display window.

Memorymode delivers a one-two punch of huge tonality, with super-accurate replications of the original three-oscillator voice architecture and a precise implementation of the coveted ladder filter circuit.

Further contributing to its famous hefty sound, Memorymode’s oscillator mixer gently overdrives when levels are cranked, just like the original.

In addition to all of the voicing and modulation that made the original sound so great, we’ve added a number of creative and convenient features aimed at modern music makers.

A unique Drift parameter allows continuously variable adjustment of tuning accuracy, from perfectly in tune, to aged and loose, or anywhere in between, and the Modern button brings Memorymode into the present with fattened bass and sparkling highs.

For those not inclined to program their own sounds, Memorymode includes over 600 stunning presets, created by a veritable dream team of industry-veteran synth programmers, and showcasing Memorymode’s immensely flexible voice architecture. Our all-star team of sound designers includes:

Julian “J3PO” Pollack, an accomplished pianist and keyboardist, producer, and audio engineer. In addition to his thriving career as a jazz composer and performer, J3PO has created sound banks and presets for Clavia, Softube, and Dave Smith Instruments.

Memorymode replicates the incredible sound and feel of the original instrument at a tiny fraction of the cost of a vintage original, delivering all the power and musicality of the Memorymoog at a price anyone can afford. 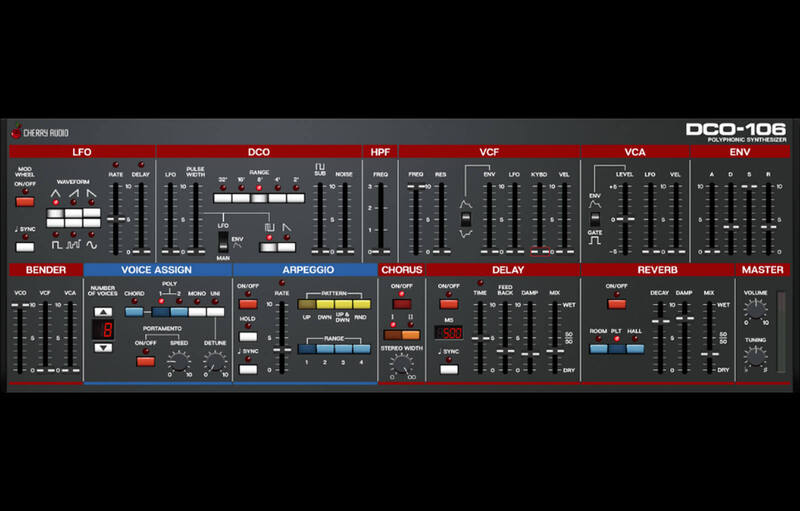 Recreating the sound of a classic synthesizer is no easy task.

DCO-106 lovingly recreates the unique sonic footprint of one of the most iconic 80’s polysynths in exhaustive detail, while adding modern features for massively expanded creativity.

The DCO-106 is both easy to understand and powerful to explore. 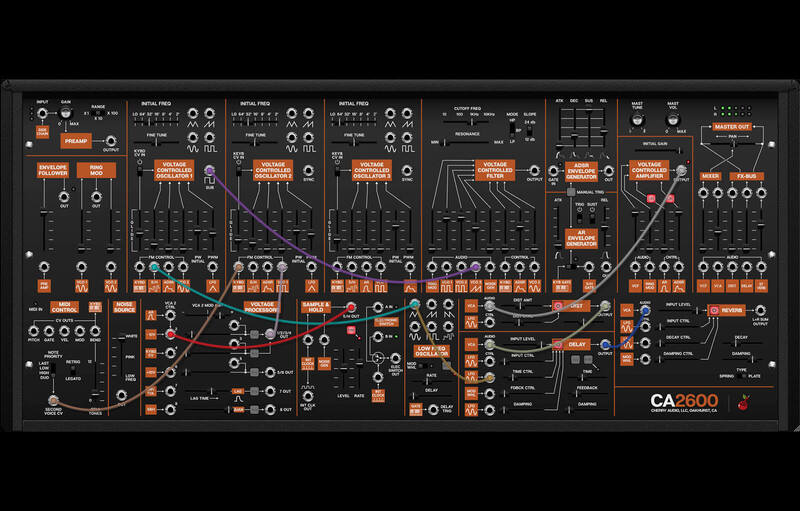 The Cherry Audio CA2600 Synthesizer is a powerful, self-contained duophonic synthesizer inspired by the groundbreaking ARP 2600 synthesizer. Every aspect of the original, from the quirky oscillator waves to the powerful ladder filter, to the external audio input and preamp section was modelled with tremendous precision.

Though it features similar functionality, it’s been thoughtfully updated for increased flexibility – with semi-normalled patch cabling, integrated effects, and no hidden windows or menus in the audio path, CA2600 delivers an unprecedented hands-on, “everything right in front of you, right now!,” vintage synthesis experience like no other. 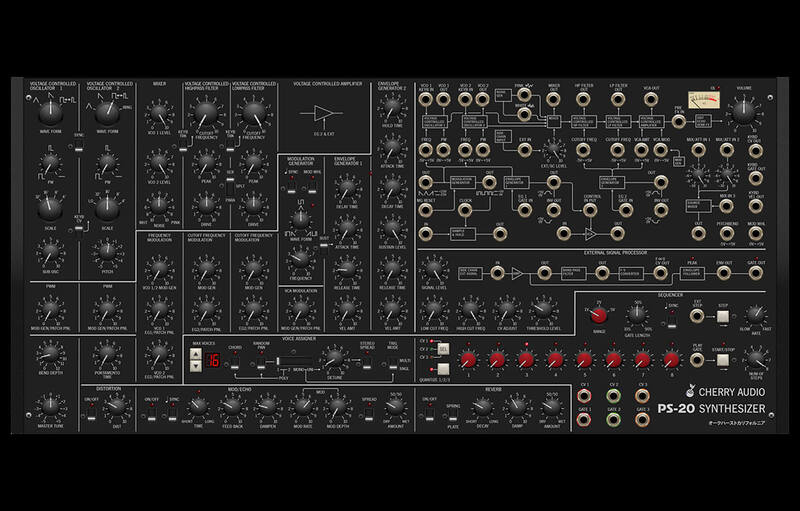 First and foremost, PS-20’s dual highpass/lowpass filters super accurately recreate the MS-20’s famous raunchy sound in all of its squelchy, screaming glory. In addition to its unique filters, the MS-20’s other signature feature is its modular-style patch panel.

We’ve reconfigured the patch panel from the original instrument, adding many desired in and out patch points for all oscillators, filters, and VCAs, correcting the confusing terminology of the original, and throwing in a few extras that greatly expand its usability.

Every part of the instrument has been “souped up” with killer features, including 16-note polyphony, a unique three-layer, eight-step sequencer with flexible CV outs, and integrated effects, including a beastly distortion, modulation echo with stereo spread, and a lush digital reverb with fantastic spring and plate emulations.

The PS-20 truly is one of the most quirky and unique instruments we’ve released.

Between its sometimes unpredictable filter behavior, and the tremendous flexibility of its patch panel and sequencer, the possibilities are endless, and the creative “happy accident” quotient of PS-20 is simply off the charts!

Check out the different variations in PS-20 color below: 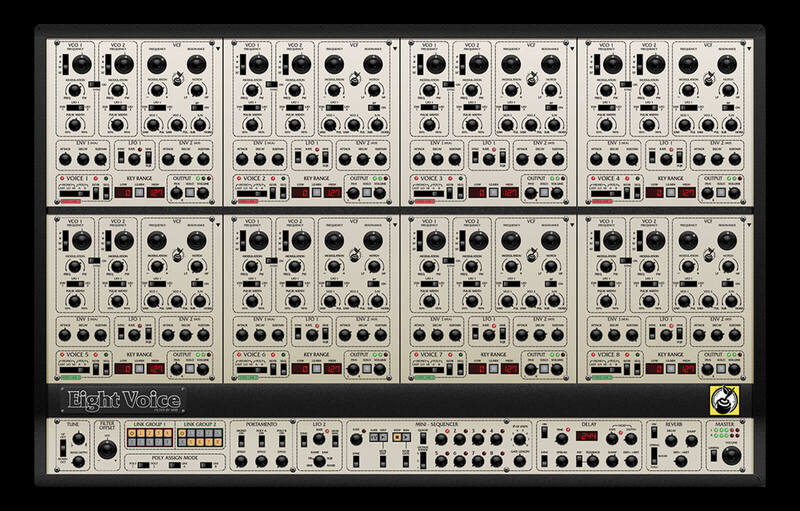 Our most ambitious instrument to date, Cherry Audio’s Eight Voice polyphonic synthesizer meticulously emulates the immense sound of the Oberheim Eight Voice, one of the world’s rarest and most desirable vintage instruments. Predating modern microprocessor control, its eight independent dual-oscillator voice modules could be challenging to program.

Above all, Eight Voice knocks it out of the park with an incredibly accurate and huge sound, courtesy of award-winning synth designer, Mark Barton’s (MRB) circuit-correct recreation of the magnificent Oberheim state-variable filter. 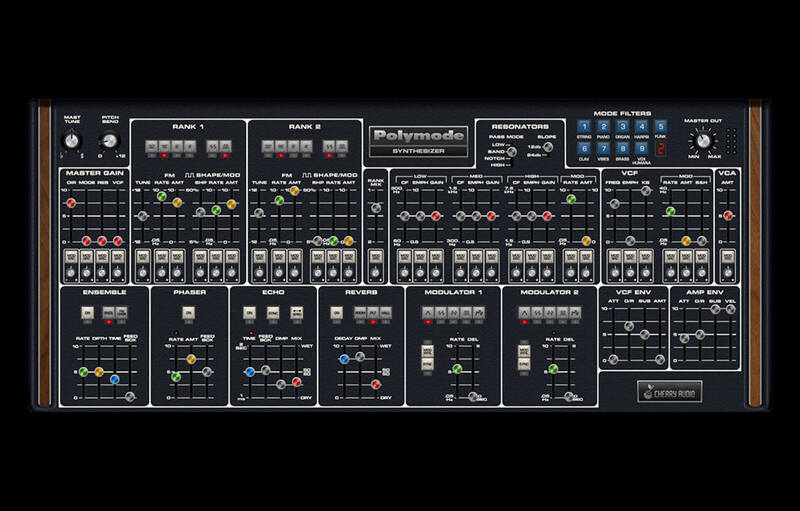 Polymode is inspired by the groundbreaking Moog Polymoog synthesizer. One of the world’s first polyphonic synthesizers, its unique multiple parallel filter implementation and mod routings give it a sound like no other synth. And though the original Polymoog sounded incredible, it could be challenging to operate and was prone to breakdowns.

Cherry Audio’s Polymode sidesteps all of the drawbacks of the original instrument and massively expands its capabilities. 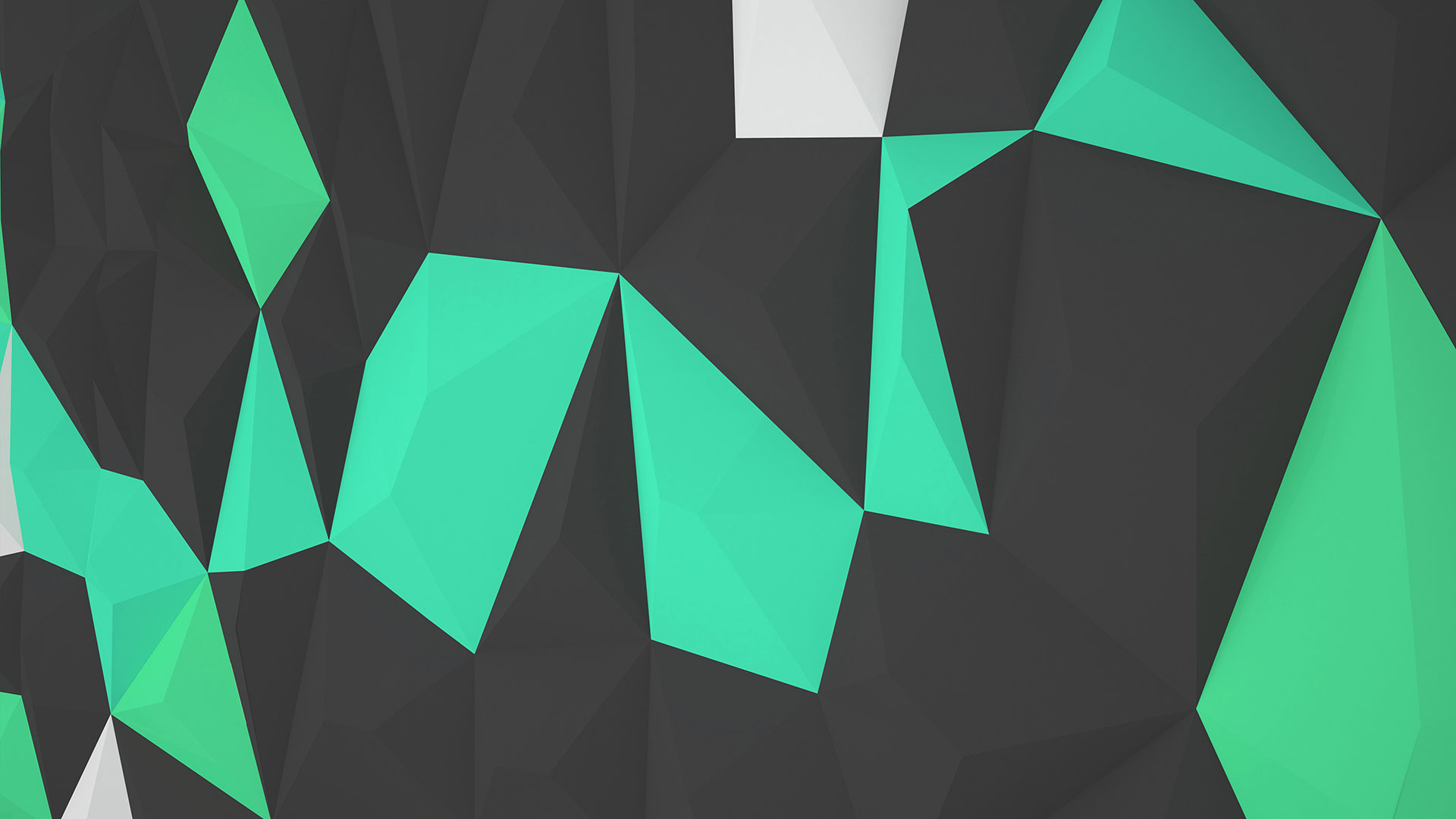