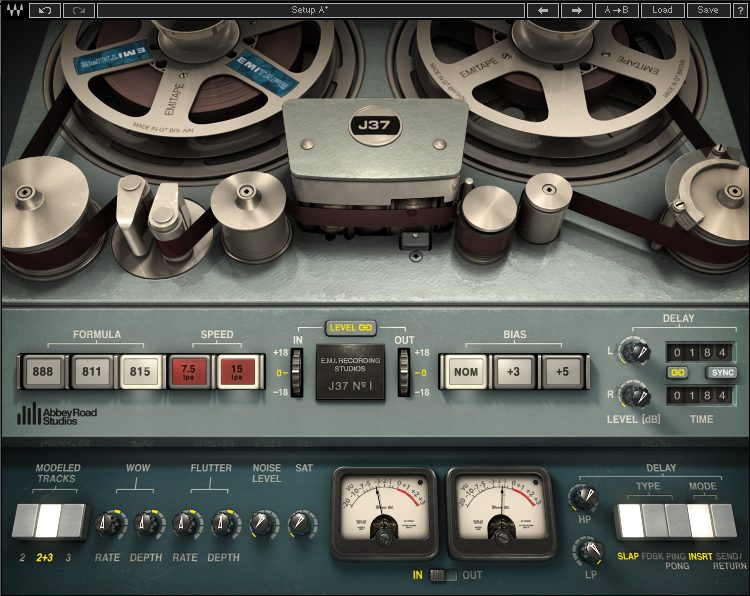 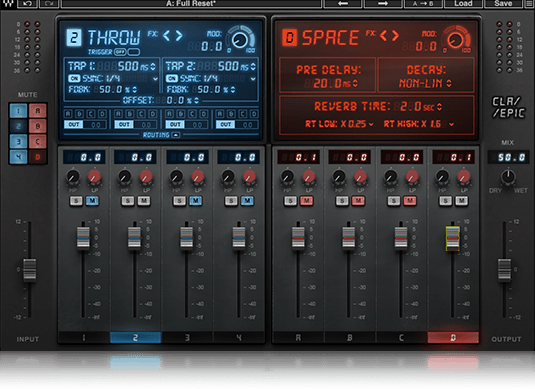 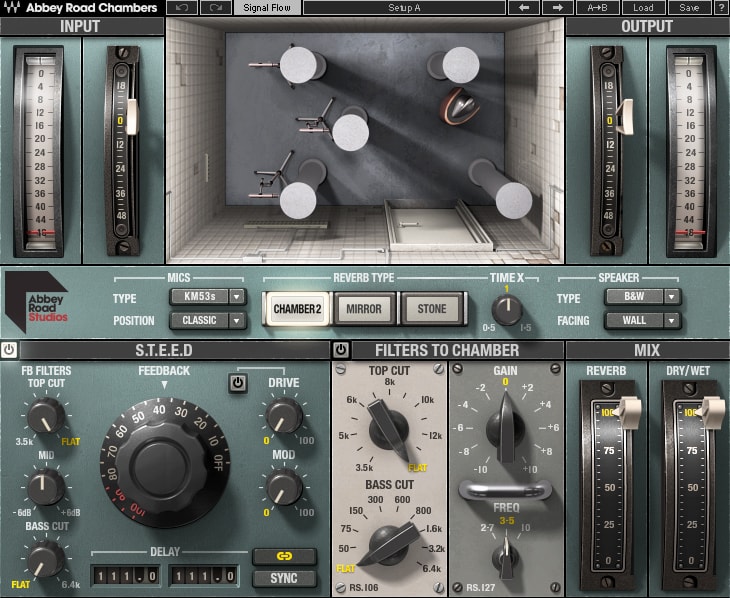 The Abbey Road Chambers plugin recreates a defining part of the studios’ legendary sonic signature – the echo chamber used by Abbey Road’s pop engineers to create exciting reverbs, delays and other unique spatial effects on countless classic recordings by the Beatles and beyond.

Developed together with Abbey Road Studios, Waves’ Abbey Road Chambers puts you at the controls of the Studio Two echo chamber, complete with the original valve Neumann KM53 microphones and Altec 605 speaker, as used on almost every pop recording done at Abbey Road during the 60’s.

Also featured is a complete recreation of Abbey Road Studios’ original S.T.E.E.D. (Send. Tape. Echo. Echo. Delay.) setup – a system designed to extend the chamber’s natural sonic palette into new territories, by splitting the signal and creating a feedback loop from the studio’s REDD console, through a dedicated tape delay, via RS106 and RS127 filters, and then to the chamber and back.

Abbey Road Chambers is designed in a modular fashion: You can send your tracks just to the chamber, or you can isolate just the S.T.E.E.D. effect, or you can combine both for the full range of sonic possibilities opened by the original Abbey Road setup.

From natural chamber reverb, to authentic tape delay, to complex hybrid effects – the door to the one-of-a-kind vintage acoustics of the Abbey Road chambers is finally open.

From real old school PCM42-style effects like filtering, flanging, and phasing, to slap-back echo, ping-pong delay, and tempo-sync with modulation, H-Delay delivers the goods, controlled by a super intuitive interface that lets you get right down to business. 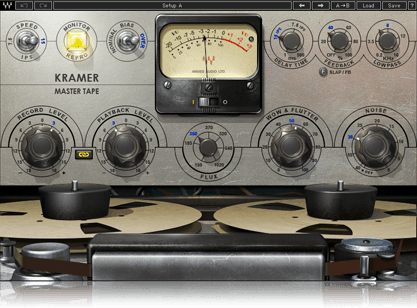 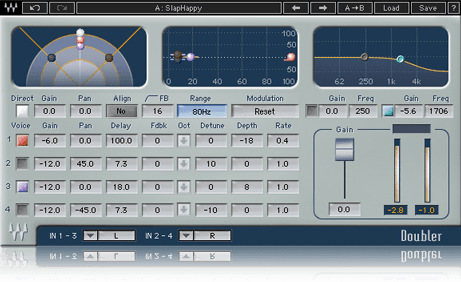 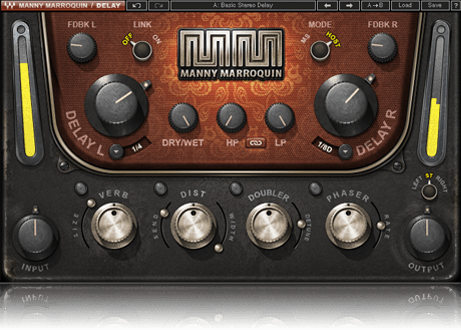 Manny Marroquin on the MM Delay: “Delay is all about depth. It’s one of the key elements in almost every mix I do. Plus, it enhances the groove, and creates layers of sound which can make a mix more exciting and multi-dimensional. It usually takes me five or six different plugins to get me those delay sounds; I wanted to put them all into one. We’ve included all the little extras that I always use to make the sound even more interesting: Some nice reverb, a little bit of distortion, a doubler/harmonizer to fatten things up plus a phaser, when you want to add some movement or really go wild.” 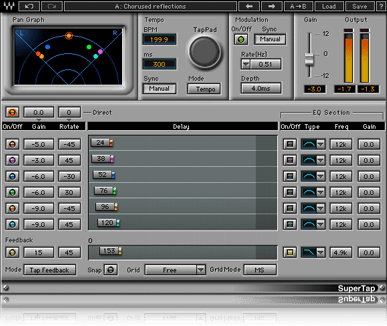 Inspired by the legacy of the classic analog tape delays, SuperTap’s extensive modulation, panning, and filter options give it unprecedented processing power. Sync to your host tempo or tap it in; SuperTap gets you into the right groove. 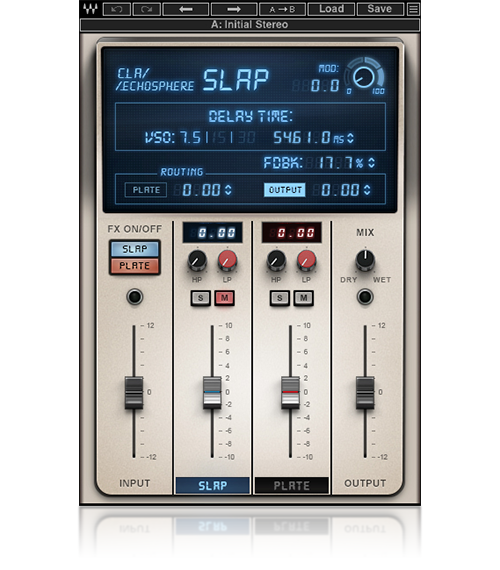 This is CLA’s go-to combination for lush lead vocals, based on his settings for two of his favorite hardware units.

You can easily blend the two effects using the plugin’s faders – either in parallel, or with the delay sent to the reverb, as Chris does to achieve his unique lead vocal sound.

Use this stellar-sounding slap/plate combination to turn any lead part – whether a lead vocal, guitar solo or lead synth line – into the standout element of your production. 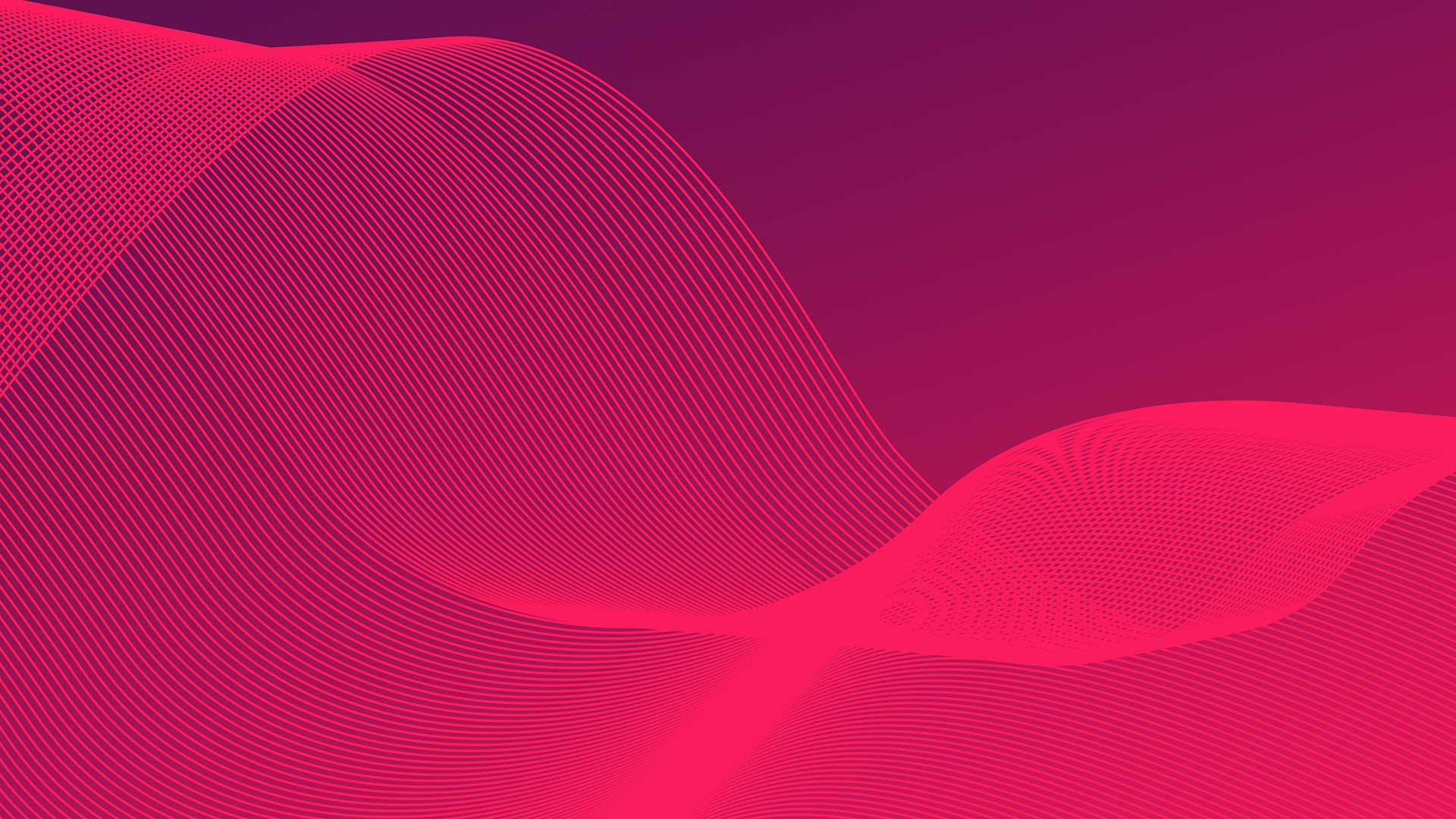