Introducing Harmonal Binaurics, our fleshy new mind control drone synth! It combines Binaural Beats with Isochronic Tones to hijack your brainwaves and bend your unconscious mind. Its a psychoacoustic powerhouse – and just generally an intuitive and playful musical instrument!

Hide your parents, because binaural beats can make you trip….

Harmonal Binaurics is centered around Binaural Beats. Technically binaural beats require headphones to work their magic, though they sound great no matter how you listen to them***. Binaural Beats work by sending subtly different frequencies to each ear. Rather than hearing two frequencies, you mostly just hear one frequency, but a third rhythmic frequency – THE BINAURAL WOBBLE – is created by your brain. The speed of this wobble is the difference between the two pitches (for example, 420hz in your left ear and 426hz in your right ear creates a 6hz wobble in your brain). We dont know why the brain creates this, but what this hypothetically does is something called Brainwave Entrainment – it synchronizes your brainwaves to the wobble and induces altered states of consciousness. This may sound crazy – but who cares – it sounds great.

*** On speakers you still hear the rhythmic wobble – and the sound appears to move around the room – but its the product of air vibrations interfering with each other – not brain illusions – so it doesn’t do Brainwave Entrainment.

Examples of Binaural Beat frequencies and their effects:

Binaural Beats are amazing, but Harmonal Binaurics doesn’t just do binaural beats – it also does Isochronic Tones. This is just like binaural beats, but doesn’t require headphones – instead it uses a repeating tone that can induce similar results. With Harmonal Binaurics, you can use both of these techniques at the same time for some really weird spatial and consciousness bending experiences.

But wait, thats not all. Harmonal Binaurics doesnt just do one Binaural Beat and one Isochronic Tone, IT DOES SEVEN. These seven beating tones are tuned to a user scaleable harmonic series.

Harmonal Binaurics is built up from seven identical binaural/isochronic beat generators. Each generator can fade between Sine and a user defined waveform (Triangle, Saw or Square). You can control the binaural beating speed, isochronic tone speed, isochronic amount, the shape of the isochronic tone (Sine, Triangle, Saw, Ramp and Square), and a stereo field swap (LR or RL). Theres a master speed control for both binaural beat and isochronic tone speeds, meaning you can globally slow down or speed up the whole instrument. Oddly enough, Harmonal Binaurics doesn’t take MIDI input – this is not an oversight, but an intentional way of forcing a different approach to playing it. The seven oscillators are tuned to the harmonic series (fundamental, +octave, +fifth, +fourth, +major third, +minor third), but you can shrink or expand the harmonic series via the Harmonic knob to create dense cluster chords or wide spectral chords. You can sync all the oscillators/beats with the SYNC button, and of course – theres SLEW.

One Slew To Slew Them All

Faded Instruments loves the SLEW. Slew comes from modular synths and basically what it does is slow down knob movements. Turn a knob and wait as it slowly gets to where its going – which frees you up to twiddle other knobs while it does its thing. Slew features prominently in our Spectral Disturbtion plugin and turns it into a really expressive and unique performance distortion. Well, the slew is back with a vengeance: every parameter on Harmonal Binaurics is controlled by the SLEW knob – allowing you to create long grand gestures – great for drone or slow oriented music (but can be useful for any!).

Spook Out Those Harmonics.

What Does That Mean?

Distortion is all about adding harmonics to your sound – thats what gives it bite.

Most distortions add odd and/or even harmonics to a signal, but with Chebyshev Polynomials, you can choose specific harmonics – resulting in some super unique, interesting, and weird sounds that can exist somewhere between distortion and pitch shifting.

Chebyshevs are complex formulas, but you don’t need to understand it at all to use Spectral Disturbtion – the interface is intuitive, musical, and easy to use. It centers around an XY pad to ‘perform’ polynomials 1 thru 9 – its expressive and fun to play!

Because its multiband, you can choose different harmonics and different distortion amounts for the bass, mids, and high frequencies. Its capable of some brutal noise, old radio crunch, and can even add weird harmonies to your sound.

To make things even more interesting, its got SLOO to slow down parameter changes, and BOO, which tangles up the internal routing – making it a little more unpredictable – and way more fun to play!

Spectral Disturbtion starts by dividing up your sound into 3 frequency bands. Each band is saturated and then put through a Chebyshev Polynomial shaper.

The polynomial number its shaped through is controlled via the central XY pad – just drag the corresponding emoji around to perform it.

The Chebyshev’ed signals are then combined back together and saturated one last time before being run through hi and lo pass filters.

There’s a SLOO knob, which adds a slew to almost every knob and XY parameter on the plugin. This is essentially a ‘time shmear’ – meaning it slows parameter changes down: move a knob, and if the SLOO is high, it can take a full 30 seconds to shmear from point A to B. This is a very powerful performance function, particularly with drones or gestural music.

Then of course, theres BOO. The BOO knob tangles up the internal wires… The multibands send the wrong signals to different Chebyshev shapers. I’m not going to explain what this does exactly – but this knob adds a little chaos and a lot of stereo to your sound!

A total hunk of an instrument, it provides a refreshing and unique approach to creating odd rhythms and noise that works great for improvising, jamming, re-sampling, sequencing, and even blowing out your speaker cones.

While complex in texture, at its core Blumen und Pflanzen is quite simple: two identical oscillators are set in an FM feedback loop, each pulsating with its own speed and envelope. Each oscillator can FM or PM modulate each other, with an intuitive XY control pad creating powerful and expressive opportunities to make everything from smooth sine tones to brutal noise.

Control for the tempo, attack, and decay of each oscillator is controlled via an XY pad. X axis is attack time and Y axis is decay time – tempo is calculated based on the combined attack/decay time. Under the central XY pad, theres a little knob which can speed up or slow down both oscillators together. This frees the instrument up from traditional timing, giving it a much more intuitive and playful approach. However, for those that want to sync to a tempo or create more precise rhythms, each oscillator’s internal clock can be switched to receive midi input – making it behave like a weirdo two voice drum synth. Just click the “SEQ” button under each XY pad to switch it into “MIDI” mode. Oscillator 1 is triggered by note C3 and Oscillator 2 by note C#3.

FM feedback is dynamic, powerful, and noisy – but if its not noisy enough for you, there’s also an additional Distortion FX to give it even more punch~

The Distortion comes with a 4-pole lopass filter with Cutoff and Resonance control, as well as an LFO to automate sweeps.

And what instrument wouldn’t be complete without its own delay?

Blumen und Plfanzen is built from the ground up to be a very stereo instrument, so it’s delay is as well.

Its basic, but combined with the pulsating oscillators, the sound breathes~

Litbit is a simple little bit crusher with a fluid and organic-ly digital sound. It breathes and flows around your audio as it crunches and munches it into lofi goodness.

How is litbit different than the millions of other bit crushers? Litbit’s secret power is in its breathe knobs. Bit crushers are great effects – but often the sound can be too static or unmusical. With litbit, the breathe knobs allow the bit/sample rate reduction to follow the audio input. What results is a smooth and dynamic bit crushing effect that breathes along with your audio.

What else does it do?

Well, first of all – the breathing function doesn’t just need to follow its own audio – it can be sidechained to any other audio track – allowing for complex gestures or pulsating crushing effects that dynamically interact with other instruments.

Then of course, theres crinkle. Crinkle is essentially a jitter or randomize function, and it adds a bit of noisy chaos to the bit/sample rate reduction. The speed of the crinkle is controllable and can be set to mono or stereo – which at slow speeds adds a gorgeous stereo sparkle to your sound.

Not noisy enough? There’s a DC Offset button that realigns the signal and gets quiet sections to blow out and crunch a bit more.

Still not noisy enough? There’s an extra noise dial to add some stereo noise to your signal (pre-effect).

To round the whole thing off, we end with a traditional one knob lopass/hipass dj filter and a blown out saturator to help grime up the sound and blast it through your speakers.

The icing on this lofi cake is the gorgeous lissajous display, which draws your sound in real time so you can watch it crunch 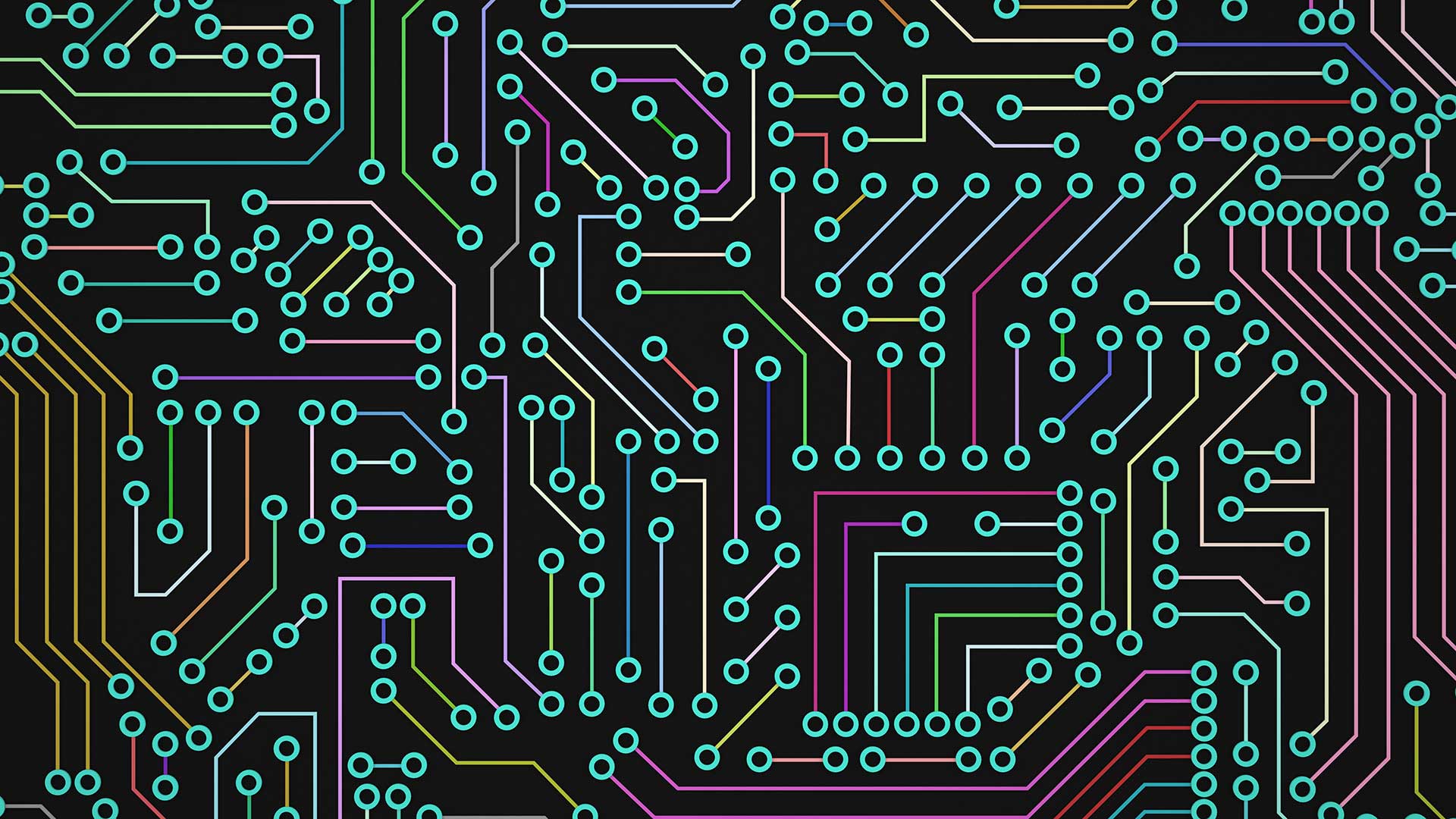