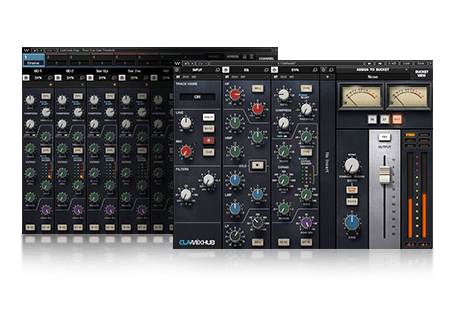 The first plugin of its kind, CLA MixHub captures the smooth console workflow and rich analog sound of legendary mixer Chris Lord-Alge. Mix up to 64 tracks – all from the same plugin window – using channel strips modeled from CLA’s personal console. Mix musically, within the context of a song, as swiftly and effortlessly as your ideas come.

Plugins normally work on only one channel at a time. CLA MixHub is the first plugin to work in buckets – groupings of up to 8 channels, in up to 8 buckets in total. In other words, you can mix up to 64 channels from one CLA MixHub plugin window. By mixing tracks side by side in the MixHub’s buckets, you’ll gain a mixing perspective that lets you immediately hear how one track’s processing affects others within a song.

The Sound
The channel strips are meticulously modeled from the ground up with the latest technology, directly from Grammy-winning mix legend Chris Lord-Alge’s personal console – the console that Chris has used to mix a huge number of hits, from Green Day, Muse and Sugarland to Keith Urban and many more.

The Workflow
Once CLA MixHub is inserted on the channels in your mix, you can assign your tracks to buckets and begin making adjustments on the fly: mixing dynamics, EQ, saturation and more at a free-flowing pace without needing to switch plugin windows in your DAW.

While mixing, you can flip between two plugin view modes: Bucket View, with control of up to 8 channels at a time, or Channel View, focusing on a single channel’s processing chain.

Each channel consists of 5 sections: input, dynamics, EQ, output, and an insert point. Each processing module can be expanded to reveal additional functionality.

Input Section
The input section handles high- and low-pass filtering and switchable harmonic distortion. The “line” control models the line amp in Chris’s console, adding light saturation. For more extreme drive, kick in the mic pre. This, in effect, is like running a line-level signal through the console’s microphone preamp.

Dynamics
The dynamics section includes two flavors of compression: the console’s built-in compressor, as well as Chris’s favored “Bluey” compressor. Also included: a gate, expander and ducker with a “hold” control and flexible sidechain options for shaping a sound’s envelope – as Chris calls it, it’s a ‘super-gate.’

EQ
The EQ section includes 4 bands of parametric EQ, from wide bells to narrow boost and cuts, loaded with the console’s original ballistics and Q characteristics.

Output
The output section includes a VU meter and plasma-style PPM meter, plus a stereo imaging control and an output fader.

Insert Point
In CLA MixHub’s channel view, the insert point can be used for adding an additional Waves plugin to your MixHub’s chain, making it a one-stop solution for your entire mix.

Chris Lord-Alge on CLA MixHub:
“Mixing in buckets means the world to me. It’s one of the secrets to my success and to my fast-paced, decisive mixing. By creating this plugin, I’m able to give others access to that same quick workflow in a plugin, pushing the envelope of in-the-box mixing to the next, CLA-approved level.”

When purchased as a single plugin, SSL G-Channel is available only for Waves v9.91 and later. See the Tech Specs tab below to ensure your system’s compatibility.

The power of the complete Solid State Logic SL 4000 console series is now at your fingertips with the SSL G-Channel, a plugin that consolidates the equalization and dynamic controls of the SSL G-Series consoles into one convenient tool.

The Dynamics section features soft-knee compression and limiting, a gate/expander, and automatic makeup gain for rock steady output levels. Together, they deliver the one-of-a-kind sound and convenient routing flexibility that have made the SSL G-Series console a control room classic. 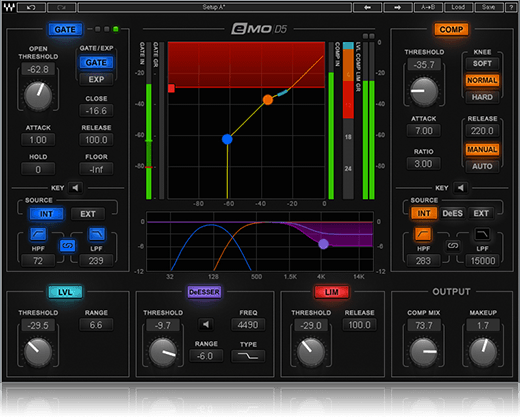 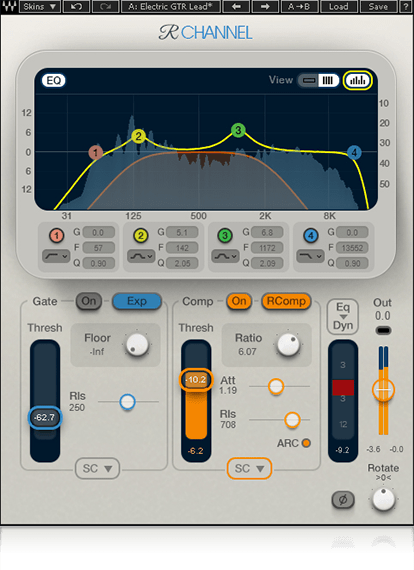 Renaissance Channel puts the best of Renaissance processing in one place: a complete channel strip combining EQ, compression and gating. The sound behind many modern classics, this is the channel strip of legends.

Renaissance Channel takes the precision of R-EQ, the tightness of R-Comp, the magic of R-Vox, and combines them into one of the user-friendly channel strips available. This feature-rich processor gives you serious control over your tracks and makes it difficult to get them sounding bad.

R-Channel features separate sidechains for the Gate and Compressor, with independent filters and source selectors.

R-Channel also features a double-precision 64-bit floating point internal audio path throughout the processing chain, all the way to the channel’s output. This eliminates the possibility of internal clipping in the EQ or compressor, without loss of resolution.

With an updated interface that is more intuitive than ever, this a “one-stop-shop” channel strip that will continually bring your music to life.

With 3 processors – EQ, compression and gating – in one easy-to-use plugin, AudioTrack functions like a mixing console’s channel strip, serving your most essential needs on any audio track.

Waves 25th Anniversary edition: You can now choose between the classic Legacy and the new Modern user interfaces. Both offer new plugin features, including:

AudioTrack offers the most efficient and CPU-light way to mix your tracks: you can open multiple instances, one per channel, and avoid the need to jump back and forth between separate equalizer, gate and compressor plugins. 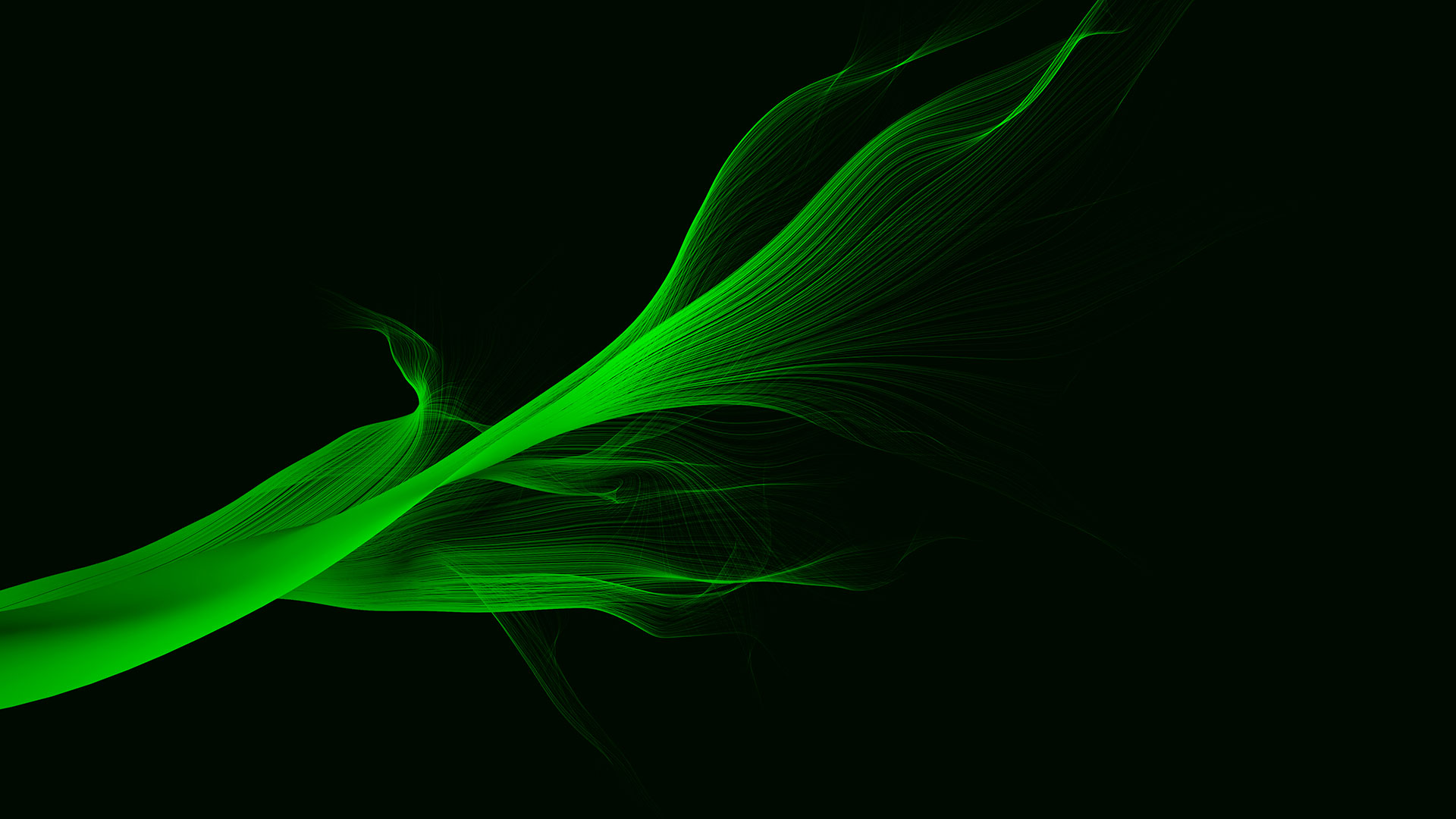